2020: A defining year for security 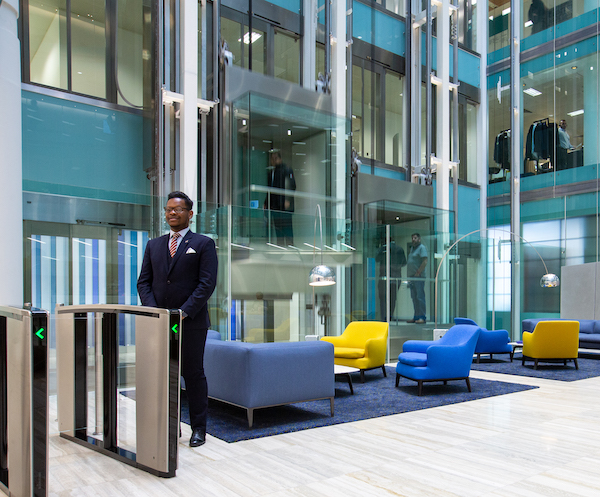 2020 has been a defining year for the security industry. The perception of it and the role of the security officer will never be the same again. This can only be a good thing. The role has shifted from being invisible and seen by some as unskilled, to being rightly recognised as a critical worker in the fight against the pandemic. Our security officers have been on the front-line throughout this time while many worked safely at home.

The pandemic will continue to place a burden on our security officers long-beyond the distribution of the vaccine. But it will also result in a huge change in how they’re received in the post-Covid world.

SmartSec was given the opportunity to tell this story when I was invited to pen an article in the UK’s Financial Times. We spoke candidly from first-hand experience and looked at how our officers are coping whilst they manage near-empty high-rise buildings. It was important for us to paint a true picture in terms of what security officers are enduring on a daily basis, particularly in what has been a desolate London.

We have also continued to grow and expand. In June we promoted Leyre Martinez Moreno to the role of HR manager. Leyre now heads-up recruitment and takes the lead on TUPE consultations and employee relations. This is in addition to carrying out staff appraisals, managing the screening and vetting process, and holiday and sickness records for the company.

In October, we also appointed Helmey El-Aasar as sales director to accelerate our strong organic growth. Helmey joined from G4S and now works as part of our operational team where he is responsible for taking us into new sectors. We have also consistently won new business. Both the Institute of Cancer Research and the highly prestigious London Film School appointed SmartSec to manage its sites, and relationships with both parties have gone from strength to strength.

We concluded the year with two award nominations at the Security & Fire Excellence Awards. We were recognised in both the Security Guarding Company of the Year (under £25m turnover) and the ACS Champion categories. This is testament to the dedication and commitment shown by our employees. We care about our people and we want our security officers to be multi-skilled. We always say that SmartSec is a family. That has never been more evident throughout this turbulent year.

During the early stages of the pandemic, our dear colleague Dilliman Gurung, lost his wife to Covid-19 leaving behind a nine-month-old son. I am immensely proud at the way the SmartSec family rallied round to support Dilliman during these extremely distressing times and to help raise funds for him and his son. We will continue to pride ourselves as a family orientated business as we head into 2021 and beyond.

If 2020 has demonstrated anything, it’s that the bond between SmartSec employees is unwavering.