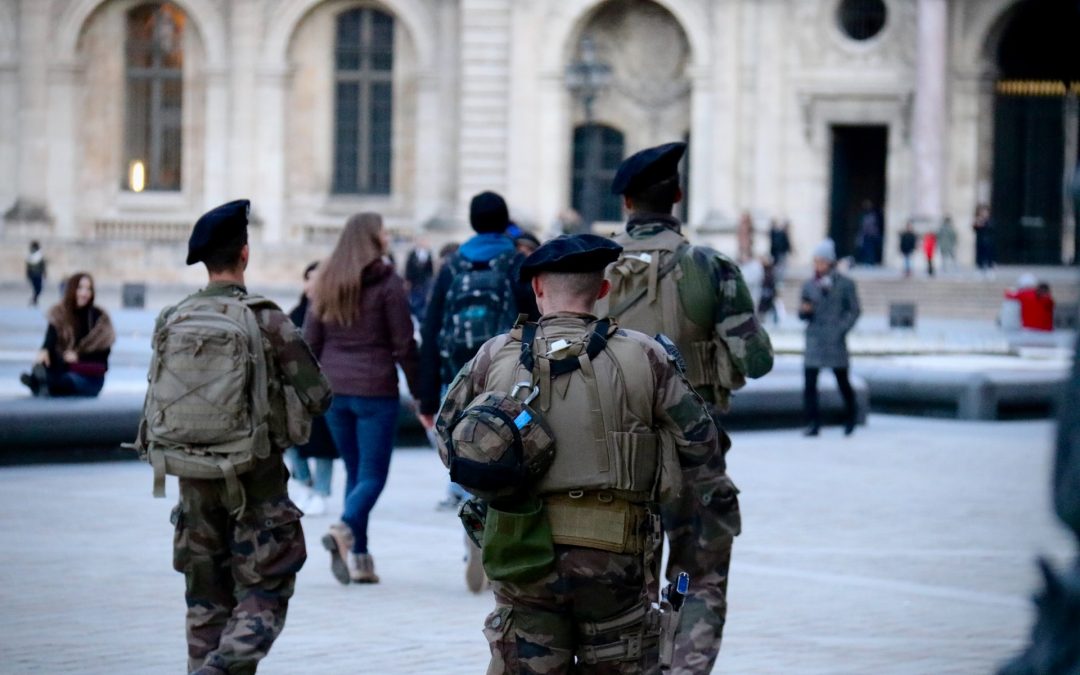 Saturday 27th June is Armed Forces Day. As part of our commitment to recognise our Armed Forces, we spoke to Richard Brown, a Northern Irish retired military officer who has been working for SmartSec Solutions since March 2019.

Richard plays a crucial role in managing Cheapside House which is based in the City, a stone’s throw from St. Paul’s Cathedral. The immediate vicinity offers a range of some of London’s most recognisable retail and restaurant amenities. The building is managed by property managers, Helix Property Advisors, who are a long-standing client of SmartSec.

Richard oversees databases and manages security staffing as the leading officer in the building. These are roles which his military background prepared him well for “I retired as a Company Serjeant Major and used to oversee a company of over 200,” comments Richard. “I was last based in Aldershot. However, I was in the military for 25-years and I’ve been stationed across most European countries, Canada, the Middle East, the Far East, South America, Africa, all over the world during my time in the Forces.

“My fondest time in the Forces was when I was seconded to the Security Service and worked for an agency for National Security. I was also selected to be an instructor at the School of Infantry (SOI), which is something I’m very proud of because it’s a posting which has a lot of prestige.”

The skills gained during Armed Forces service can provide a distinct advantage in the security job market, as Richard testifies. “People who have spent a considerable amount of time in the military have a lot of transferable skills,” he comments. “Being in the infantry for such a long time I commonly referred to my skillset as a ‘jack of all trades, master of none’. Because of this experience I can pretty much turn my hand to anything. I’ve done security at multiple levels, in different countries, with different people and cultures. This skill set, tempered with my experience, and knowledge of the bigger picture greatly assists my role at SmartSec and at Cheapside House.”

Finally, ahead of Armed Forces Day, Richard was keen to echo SmartSec’s sentiment towards all of our Armed Forces personnel. “They are our last line of defence. The men and women that work and serve in the forces do a whole range of jobs. But at the end of the day, when it comes to a national emergency, they will work with authorities from the current pandemic to foot & mouth, flooding, the petrol tanker strike, and the fire brigade strike. Our Armed Forces are the last line that we have, and we should all be proud of them.”

Any cookies that may not be particularly necessary for the website to function and is used specifically to collect user personal data via analytics, ads, other embedded contents are termed as non-necessary cookies. It is mandatory to procure user consent prior to running these cookies on your website.