The changing perception of the security officer under lockdown 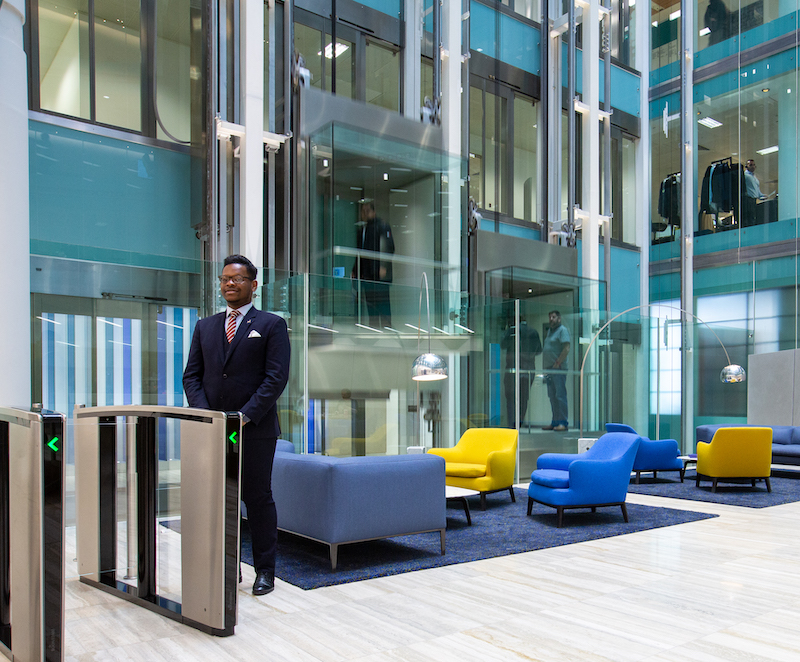 Security officers used to be invisible. Like many front-line facilities roles, they were largely ignored unless something had gone wrong, or someone needed help. They were positions which were wrongly described as low-skilled and were often low-paid. The pandemic has changed much of that.

On the front line

Security officers have been on the front line of the fight against this virus while the majority of us have been safely working from home over the past two months. Nothing beats the physical presence of an officer who is the eyes and ears of a building and knows it inside out. Our officers have been busy protecting empty buildings. They’ve supported facilities where a skeleton staff remain. They’ve taken on new tasks and happily adjusted their roles to do whatever’s needed to help. To do that, they’ve often been getting on public transport, working with different members of the public, and putting themselves and their families at risk as a result. The importance of their role is demonstrated by the Government designating SIA licence holders as key workers early in the outbreak.

As a company, we know the very real cost of the virus. One of our colleagues, Dilliman Gurung, lost his wife to Covid-19 a few weeks ago, leaving behind a nine-month old son who will never remember his mother. Dilliman’s colleagues have raised more than £2,500 to support the family. Dilliman is sadly not alone. Research from the Office of National Statistics published last week revealed that security officers are one of the most affected jobs. They have a higher likelihood of being infected and dying from the virus than other occupations.

We believe the perception of security officers will change as a result. People will recognise the sacrifices they made during this pandemic to keep others safe. They will acknowledge that security officers were prepared to go out when others stayed in, to protect people and property. As we gradually return to the workplace, they will appreciate the role security officers and reception staff will play in supporting the new normal. Like other front-line roles – cleaners, caterers, refuse collectors, shop workers – security officers have played an important role. We rightly clap our fantastic carers on Thursday evening. We shouldn’t forget the other front line people who are keeping us safe and keeping our country going.

This pandemic will continue to place a burden on our security officers. But it will also result in a huge change in how they’re received in the post-Covid world. That can only be a good thing.

Any cookies that may not be particularly necessary for the website to function and is used specifically to collect user personal data via analytics, ads, other embedded contents are termed as non-necessary cookies. It is mandatory to procure user consent prior to running these cookies on your website.